THIS SITE IS CURRENTLY BEING REDESIGNED  – CONTACT AMY CLARKE 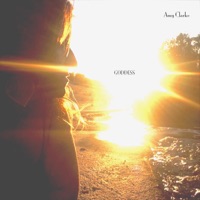 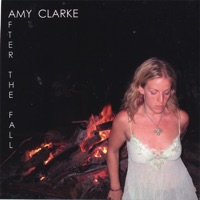 *also available at Amazon, CDBaby, Rhapsody & other digital distributors.  Physical copies of After The Fall EP available from CDBaby & at Live Shows

Past Limited Release Singles (available on the upcoming “A New Way” album, 2017)

BECOME A FAN ON SPOTIFY

And follow her here:
instagram.com/scorpfaery *to see her pics/videos & follow on Instagram
facebook.com/amyclarkemusic *be a fan on Facebook, special promos, contests etc.
reverbnation.com/amyclarke *to listen to her music, get tour info
soundcloud.com/amyclarke *listen to even more music
myspace.com/amyclarke * more music & older show info
google.com/+amyclarke

While Amy Clarke has written and performed hundreds of original songs and covers nearly two decades of live shows, Amy is quite select in her music recording – she still has only released a few singles with limited release and one independent 5-song EP – After The Fall – in 2006 to a surge of critical acclaim and a wave of radio airplay and touring before releasing her full-length studio album A New Way in 2017 (all available on iTunes and online distributors). Her earlier 10-song demo/album “Lunar Cycle” recorded in DC & New York in the early 2000s is out of print; she has also released a handful of bootleg & underground live collections.

In 2009, she officially released “Mary (her story)” http://www.reverbnation.com/amyclarke/song/1604675-mary-her-story   She released another official single “We Are The Web” for Winter Solstice 2012.  Both “Mary (her story)” & “We Are The Web” are available for sale again on iTunes as they are included on Amy’s  first full-length studio album “A New Way” featuring 13 tracks recorded on grand piano at 4th St Recording in Santa Monica, CA, and mastered by Stephen Marsh of Marsh Mastering in North Hollywood, CA. bit.ly/anewwayamyclarke

For more of Amy’s music spanning the past decade, visit her links at the top of this page.

A native Washingtonian, Amy moved north & emerged in the NY music scene in 2004, playing extensively on the downtown circuit then independently produced and released her debut “After The Fall” EP from her home studio in 2006 to rave reviews, notable acclaim, and a wave of touring. In LA, Amy released the single “MARY (her story)”, engineered by Sejo Navajas (Vicious Licks/Kamikaze Red) at 4th St Recording and co-produced with Steve Leavitt (Don’t Call Us Tori) in Spring ’09, received her 5th ASCAP Plus award in January 2011, then released her “We Are The Web” single in time for Winter Solstice 2012. Amy’s music has been featured on national, cable & internet TV; FM, Internet, & Sirius Satellite Radio and she has performed at top festivals, clubs, and venues including SXSW, Burning Man, Burning Man Decompression, The Viper Room, The House of Blues, King King, Hotel Cafe, Fais Do Do, The Black Cat, The Red & The Black, The Bitter End, & Rockwood Music Hall. Amy also played an impromptu set at Lilith 2010 and was appointed Social Media Ambassador for the penultimate Lilith show in Washington, DC.

In 2013-2015 in LA, Amy Clarke was featured locally in Silver Lake (Los Angeles) opening for an Occupy Love screening at Los Globos, and both in Make Music Silver Lake and The Princess Bride screening at the Silver Lake Picture Show in Sunset Triangle Plaza. She also shared the stage with members of alt-rock bands The 88, The Crazy Squeeze, Foo Fighters & Blind Melon & DJs Lance Rock & Lina Lecaro at The Rockin’ Great Pumpkin Fest, and headlined several times at Cross Pollinate at Fais Do Do, opening for Starhawk three times from 2013-2015. Amy was also featured in an LA Weekly cover story on Silver Lake, and served her local community on the Silver Lake Neighborhood Council from Solstice 2012 through the end of 2015, including as Co-Chair from May 2014-2015 after winning the 2014 neighborhood elections with more votes than any other candidate. After her Council term ended, she started a #fullmoonmusic monthly residency in Sunset Triangle Plaza at the Silver Lake Farmer’s Market, and select Thursday evening potlucks on the piano in Micheltorena Garden.

In 2016 Amy performed at Art Share LA and two very large spiritual festivals – Spirit Weavers Gathering for women only at Camp Navarro, singing her “Goddess” song at both Sun & Moon Session, and then at the annual Reclaiming California Witchcamp in the Mendocino Woodlands for the magic of Rhiannon camp.  She then released her single “Goddess” in November on the eve of the 2016 election.

In early 2017, Amy Clarke sang and led drum chants in the Women’s March LA in downtown Los Angeles, just outside Pershing Square, before the rally and March – the largest in the country, and also spoke and shared music at Cross Pollinate in LA. After a Spring show at Genghis Cohen, in June 2017, she performed at the March For Truth in LA., giving a speech and sharing her own music alongside Congressman Brad Sherman & Congresswoman Maxine Waters and several other activists at Los Angeles City Hall.

Amy finally released her long-awaited full-length album in late 2017, is grateful to  finally share this album with the world, is recording new music in early 2019, and is currently planning 2020 tours.