I enthusiastically support the immensely #qualified, #capable, prepared and #dedicated public servant @HillaryClinton for #President of the #UnitedStates, and heartily endorse her for #POTUS.* 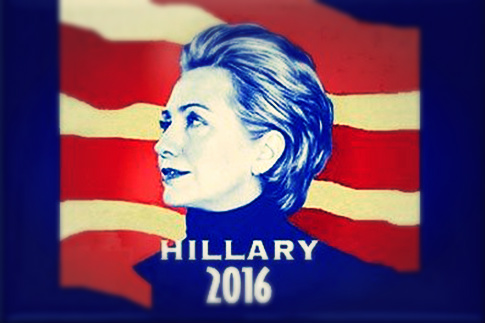 Here are just a FEW of the reasons I find her prepared for this difficult and complex role as leader of our nation.  50 days until the election, and as Hillary said herself this morning  in Philadelphia (9/19/16), “the next fifty days will shape the next fifty years”! #RocktheVote

*This endorsement is my own personal opinion and does not necessarily reflect the official position of any group or organization with which I am affiliated.

**Several of these points were compiled by members of #WiseWomenforClinton & #BitchesforClinton ~ #womenforclinton ~ and we are all grateful!  Feel free to copy and share, reblog, repost, etc.

Quick bullet list of some of #Clinton’s accomplishments in the public sphere:

First ever student commencement speaker at Wellesley College.
Distinguished graduate of Yale Law School.
Editorial board of the Yale Review of Law and Social Action.
Co-founded Arkansas Advocates for Children and Families.
Former civil litigation attorney.
Staff attorney for Children’s Defense Fund.
Faculty member in the School of Law at the University of Arkansas, Fayetteville.
Former Director of the Arkansas Legal Aid Clinic.
First female chair of the Legal Services Corporation.
First female partner at Rose Law Firm, the oldest and one of the largest law firms in Arkansas.
Twice named by The National Law Journal as one of the 100 Most Influential Lawyers in America.
Former First Lady of Arkansas.
Arkansas Woman of the Year in 1983.
Chair of the American Bar Association’s Commission on Women in the Profession.
Created Arkansas’s Home Instruction Program for Preschool Youth.
Instrumental in passage of the State Children’s Health Insurance Program.
First Lady of the United States.
Promoted nationwide immunization against childhood illnesses.
Successfully sought to increase research funding for prostate cancer and childhood asthma at the National Institutes of Health.
Worked to investigate reports of an illness that affected veterans of the Gulf War (now recognized as Gulf War Syndrome).
Helped create the Office on Violence Against Women at the Department of Justice.
Initiated and shepherded the Adoption and Safe Families Act.
First FLOTUS in US History to hold a postgraduate degree.
Helped create Vital Voices, an international initiative to promote the participation of women in the political processes of their countries.
Two-term New York Senator and the first ex-FLOTUS in US History to be elected to the United States Senate.
Served on five Senate committees: Budget (2001–2002), Armed Services (2003–2009), Environment and Public Works (2001–2009), Health, Education, Labor and Pensions (2001–2009) and the Special Committee on Aging.
Member of the Commission on Security and Cooperation in Europe.
Leading role in investigating the health issues faced by 9/11 first responders.
Worked with Sen. Chuck Schumer of New York on securing $21.4 billion in funding for the World Trade Center redevelopment.
Former United States Secretary of State.
Brokered a ceasefire deal between Israel and Hamas in 2012.

Here is another list, compiled by yet another passionate supporter.

FIRST LADY
Helped create and guide through Congress Children’s Health Insurance Program, a key program that brought health care coverage to millions of children.
Declared human rights are women’s rights and women’s rights are human rights at the UN Fourth World Congress on Women in Beijing.
SENATOR FROM NEW YORK, 2000-2008
COMMITTEE SERVICE
Clinton served on five Senate committees with nine subcommittee assignments:
Committee on the Budget (2001-2003)
Committee on Armed Services (2003-2009)
Subcommittee on Airland
Subcommittee on Emerging Threats and Capabilities
Subcommittee on Readiness and Management Support
Committee on Environment and Public Works (2001-2009)
Subcommittee on Clean Air and Nuclear Safety
Subcommittee on Fisheries, Wildlife, and Water
Subcommittee on Transportation and Infrastructure (2007-2008)
Subcommittee on Superfund and Environmental Health (Chairwoman, 2007-2009)
Committee on Health, Education, Labor and Pensions (2001-2009)
Subcommittee on Children and Families
Subcommittee on Employment and Workplace Safety
Special Committee on Aging
LEGISLATION: RESULTS AND ACTIVITY
Sponsored 736 bills and cosponsored 2,676 bills. Senators and representatives also influence legislative outcomes by amending bills that others sponsor, and this is especially true in the Senate because the rules in the Senate allow more and more active amending activity than in the House (so senators introduce and pass more amendments than reps in the House do). Also found piece noting that Clinton successfully amended bills 67 times during 8 years, or 8.4 per year, higher than the usual 7.4 average for Senators.
EXAMPLES OF SENATORIAL ACHIEVEMENTS
§ Instrumental in helping secure $21 billion in federal aid to help New York rebuild after 9/11. She fought to protect the first responders who rushed into danger when the towers collapsed by being pivotal in the passage of legislation that helped those first responders who got sick get the care and treatment they deserved.
§ First New Yorker to serve on the Senate Armed Services Committee and made veterans a main focus.
§ She introduced the Heroes at Home Act in 2006 and 2007 to help family members care for those with Traumatic Brain Injury. She worked to increase the military survivor benefit from $12,000 to $100,000, and cosponsored the Support for Injured Service members Act to extend benefits provided under the Family and Medical Leave Act.
§ Worked with Republicans to expand health care for National Guard members and reservists. According to McClatchy, then-Senator Clinton worked with Senator Lindsey Graham (R-SC) to “provide full military health benefits to reservists and National Guard members.” A statement from Graham’s senate office said, “Senators Lindsey Graham (R-SC) and Hillary Rodham Clinton (D-NY) today announced that the Department of Defense Authorization bill conference report finalized today includes an amendment that will improve TRICARE benefits for National Guard members and Reservists, allowing all members of the Selected Reserve and their families to enroll in TRICARE with an across the board cost-sharing of 28 percent. Today’s victory builds on the Senators’ longstanding commitment to ensuring that members of our National Guard and Reserve and their families have access to the health care benefits they need and deserve.”
§ Fought the charge on the Lilly Ledbetter Pay Equity Act, which is now the law of the land.
§ Fought to pass the DREAM Act and comprehensive immigration reform, helping to cultivate awareness of the issues in Congress.
§ Worked the aisle to keep the Niagara Falls Air Reserve Station open during a time when the Pentagon was shuttering bases, which saved 800 jobs in upstate New York.
§ Authored the Pediatric Research Equity Act, which requires drug companies to study their products in children. The Act is responsible for changing the drug labeling of hundreds of drugs with important information about safety and dosing of drugs for children. It has improved the health of millions of children who take medications to treat diseases ranging from HIV to epilepsy to asthma. Millions of kids are in better shape and alive because of this law Senator Clinton authored.
§ Introduced the Legal Immigrant Children’s Health Improvement Act, which would give states the option to provide federally funded Medicaid and SCHIP benefits to low-income legal immigrant children and pregnant women.
§ Wrote the Access to Employment and English Acquisition Act to meet the growing demand for English language courses and other job skills.
§ Wrote a law as Senator providing grants to state and local governments to pay for respite care services for family caregivers, which allows expanded funding for temporary breaks for caregivers of sick or disabled people.
§ One of her bills to distribute flu vaccines more efficiently inspired provisions of a law promoting the production and stockpiling of vaccines to improve our response to public health emergencies.
§ Worked on strengthening the State Children’s Health Insurance Program, introducing multiple bills allowing states to expand the program that she helped create as First Lady.
§ Co-wrote law compelling drug companies to conduct safety tests for products prescribed for children, and wrote a component of the No Child Left Behind Act, authorizing funding for recruiting and retaining better teachers.
§ Powerful advocate for women in the Senate and was one of the original cosponsors of the Prevention First Act to increase access to family planning. As Senator she was a strong defender of a woman’s right to choose.

SECRETARY OF STATE: A SAMPLE OF ACHIEVEMENTS
§ Took the reins after a Bush administration that had left America’s reputation deeply damaged and planted the seeds for the foreign policy successes we see today; had a 67% approval rating while serving in the position.
§ Was part of the decision-making for the invasion and in the Situation Room at the time of the SEALS killing of Osama Bin Laden.
§ Negotiated the cease-fire in Gaza that stopped the Hamas from firing rocket after rocket into Israel.
§ Set records for travel while leading the State Department and used every trip to empower the women of the 112 countries she visited.
§ Made gender equality a priority of U.S. foreign policy, creating the ambassador at large for global women’s issues, a post charged with integrating gender throughout the State Department. Helped secure the START treaty’s ratification, and has advanced women’s rights in countries around the globe.
§ Got China, Russia, the European Union and the civilized world on board with crippling sanctions against Iran. This is what brought Iran to the negotiating table.
§ Involved in the landmark normalization of relations with Cuba 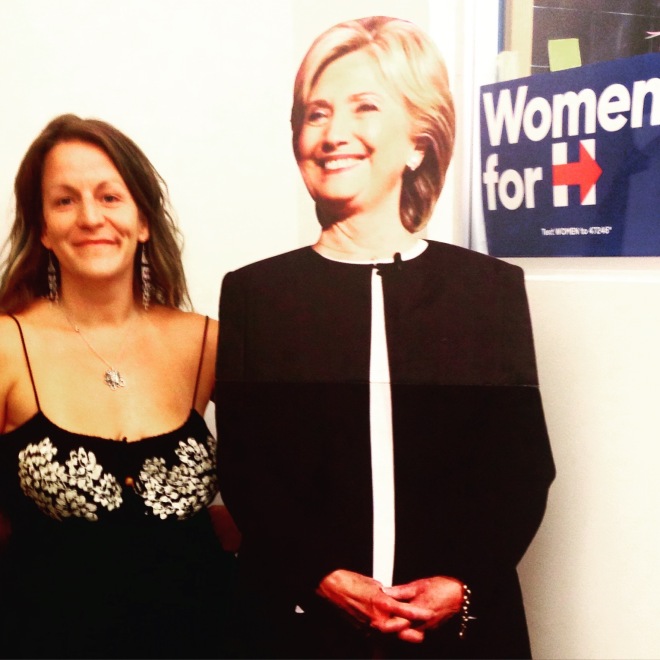